The Pony & Trap is a Michelin Star awarded rustic pub, using local produce in a classic and acclaimed tasting menu.

Famous for its superb food, brilliant service and beautiful views across the Chew Valley, we’re delighted to know that The Pony & Trap are dog friendly! Just please mention when booking that you are bringing your dog and the staff will do their best to ensure you are on a suitable table.

In 2006, the Eggleton family arrived and over the years have kept the idyll of the pub and built it into a nationally recognised restaurant with a glowing reputation. Under the direction of siblings Josh (Chef) and Holly (General Manager) the pub has picked up a number of awards including a Michelin star which was first awarded in 2011, and still holds today.

The Pony & Trap has ranked consistently highly among the Top 50 Gastropubs, coming in second in 2015 and fifth in 2016, third in 2017 and second again this year.

Earlier in the week I enjoyed supper out at The Pony and Trap. I did not meet a pony or get trapped but I did have a walk around fields before retiring to the pub for cider and food. Bar stool comfort: 8/10. Walks nearby: 9/10. Orchard out back with friendly gardener: 10/10.

As this is a community website, please keep your comments helpful and positive, thanks! 😊 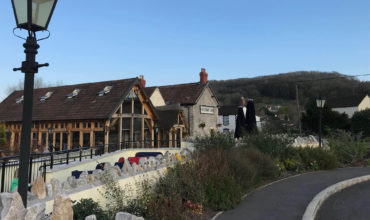 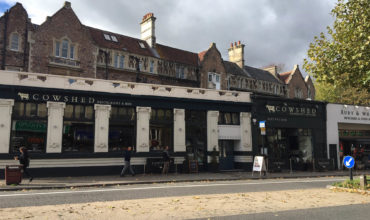 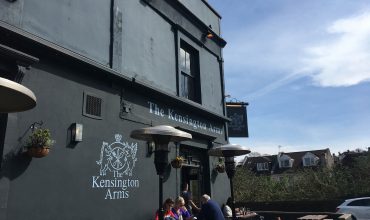 It's easy to help us, simply join the Bristol Barkers community and let us know an amend or additional walk