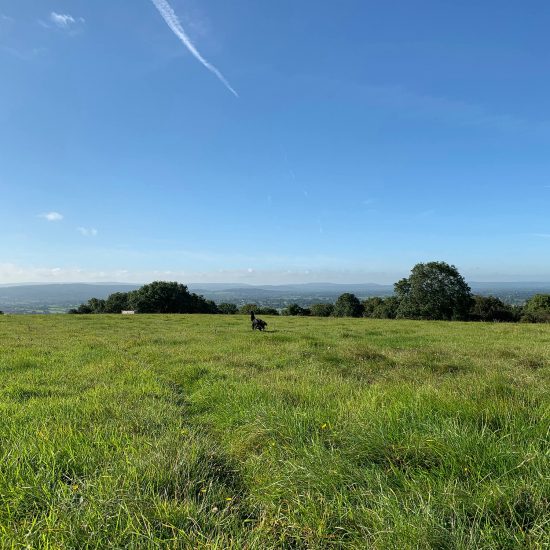 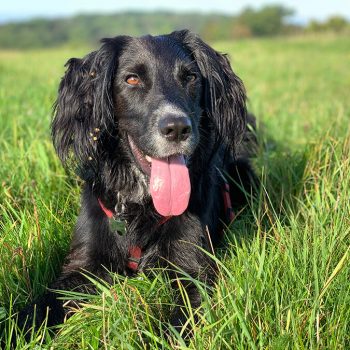 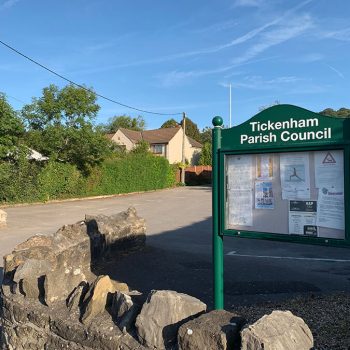 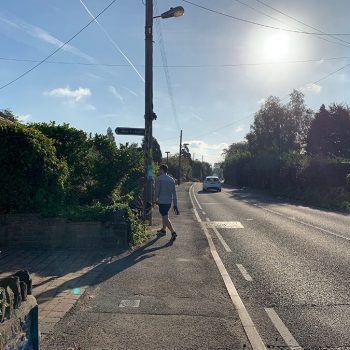 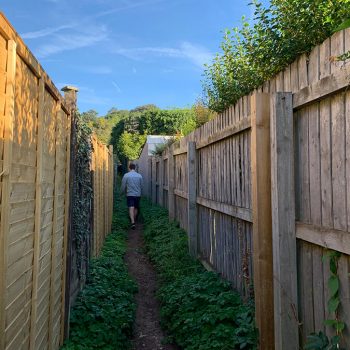 Cadbury Camp, looked after by the National Trust, is a stunning but short walk with spectacular views of the North Somerset Levels, the Mendips, the River Severn, Portishead and beyond.

To get here, park at Tickenham Village Hall, then walk down Clevedon Road, away from the garage, until you see a public footpath on the left hand side. From here, it’s an easy, but steep climb up to Cadbury Camp. There are usually cows at the top of the hill, but luckily when we went (September), there wasn’t any at all, which was great for us as Bella could excitedly run around, sniffing the grass and making friends.

It’s definitely worth the climb to the top and I would come back here again and again just to see that view. It’s also very easy to extend your walk if you have time as the Gordano Round is located on the hill, taking you all the way to Clevedon Court (approx 1 hour to get there).

‘The gentle grass banks of Cadbury Camp are not a natural feature of the landscape but were created by man and once lived in by ancestors about whom we have only a few clues. The tribe chose the ridge for their fort because of its high position giving good views over the land below which would have been boggy marsh.

Families in the tribe lived in simple farms along the ridge looking after their cattle, sheep and pigs, weaving wool into clothes and going back to the fort for protection when under the threat of attack. Inside the fort there were probably basic round wooden homes, thatched with reeds gathered from nearby marshes. Wooden pens would keep the animals in.

Although the fort was mainly used in the late Iron Age, a bronze spear was discovered here which may mean people were on the site about 1,000 years before the fort was built. A small stone statue also found on the fort suggests there was a Roman temple here and possibly a settlement long after the hill fort was no longer used. The statue is an alter stone and shows a local version of Mars, God of war and agriculture, and bringer of healing. The fort probably continued to be used into Anglo Saxon times in the 5th and 6th centuries AD, after the Romans had left the country.

We parked at Tickenham Village Hall, from here, walk on the main road, away from the garage and after a moment you will see a footpath on your left.

Steep, cattle usually on the hill and not suitable for wheelchairs or prams 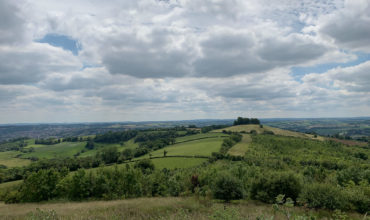 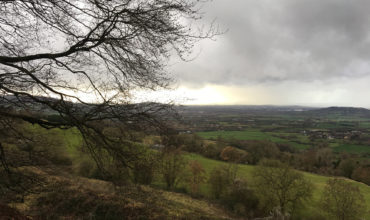 Cotswold countryside within an Area of Outstanding Natural Beauty… 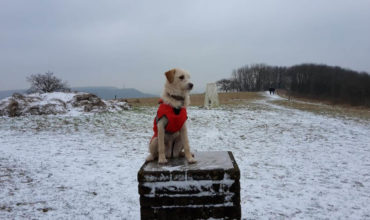