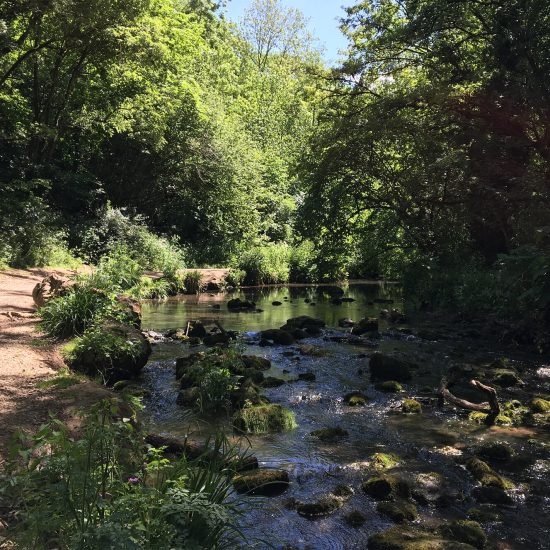 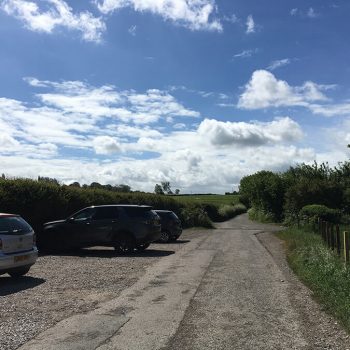 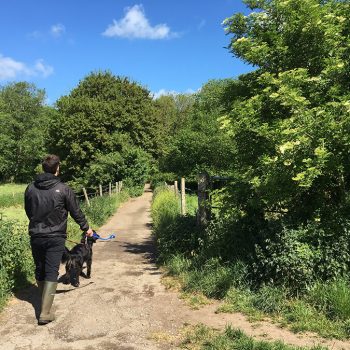 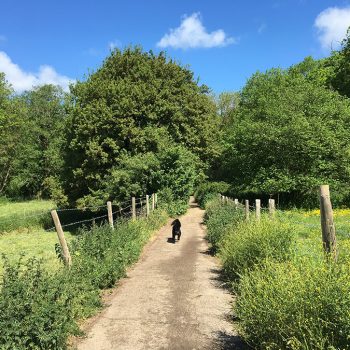 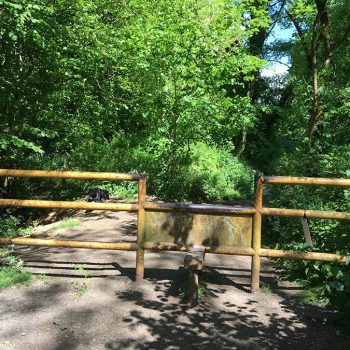 Vallis Vale is a beautiful walk through ancient woodland next to the Mells River and Egford Brook. The area is steeped in industrial history and a site of special scientific interest.

Popular for dogs in summer as the river is accessible, allowing pups to swim and splash around in the water. The paths running alongside the river are quite flat, but do very very muddy in winter. There are several paths you can choose from, but we loved the main river walk, where you can spot relics from the past such as lime kilns, old railway bridges and sluice gates. You could easily spend hours here if you walk from Egford to Mells, but we spent just over an hour and a half walking up and down the river. If you walk to Mells, you can explore the remains of Fussells Ironworks.

There are a few different places to park here, but parking is limited. We parked just off Elm Lane near ‘Camping in Nature at Vallis Veg’ (about 10 car spaces) at BA11 3JA. Alternatively, park on Elm Lane, where the bridge crosses the River Mells, near some houses. This seemed to be the popular spot for parking as it accesses the main river quickly and easily.

‘By the early 18th century Vallis Vale, near Frome, was recognised as a source of high-quality lime, due to the high Calcium Carbonate content of the Vallis Limestone which outcrops in the valley.  Writing in the 1720s John Strachey declared the lime “most in repute” was that of Cheddar, Gurney Slade, Great Elm and Vallis Vale near Frome.  Lime burning continued in the area into the 19th century, and in 1859 tenders were requested for a new kiln in the valley. A year later it was announced that the “Old Lime Kiln” at Vallis Vale had been brought back into use after having been “closed for many years”. The remains of a number of kilns survive in at Vallis Vale, including a well-preserved circular one with shelter at ST.

In the 19th century stone from Vallis Vale was used to repair the roads of Frome, and in 1893 the Somerset Quarry Company was established to work the quarries.

Within a few years the company was working quarries in the valleys of both the Mells stream and Egford Brook, served by branches of its growing tramway system. In the first decade

of the 20th century, the tramway was extended towards Great Elm, and in 1907 the Somerset Quarry Company placed an order for its first steam locomotive, a Kerr Stuart “Wren” class engine called Midge. This proved to be a success and in 1910 a second locomotive of the same class, called Wren, was purchased from the same manufacturer. By 1914 the company’s tramway had reached Tedbury (ST) and the company entered into negotiations to work manganese found there.  In 1916 the plan to work this mineral were abandoned due to the acute labour shortage caused by World War I.’

A few places to park: there is limited parking (about 10 car spaces) at BA11 3JA, the parking is just off Elm Lane, near 'Camping in Nature at Vallis Veg', you will see an area to park. OR park on Elm Lane, where the bridge crosses the River Mells, near some houses. Please don't leave valuables in the car.

Parking can be limited 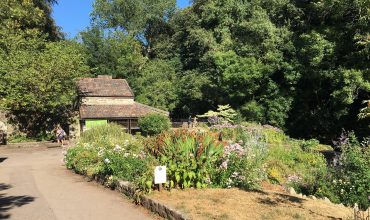 Woodland walk starting at the old water mill and landscaped gardens, walk alongside the river… 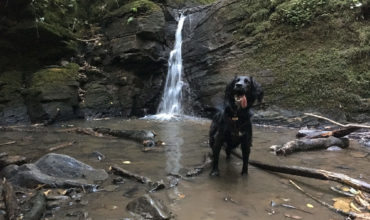 A beautiful, peaceful woodland with an enchanting waterfall and stream… 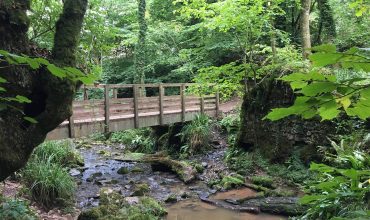 A magical woodland walk with a beautiful stream and waterfall…